Albania from North to South

Albania from North to South

Albania was a big question mark on our itinerary. Under a communist dictatorship until the end of the 1980s, the country was one of the most closed off in the world for a long time; no one entered and no one could go out. This partly explains why we know so little about this country.

Since our departure from Portugal, we like to confront people with the clichés they can have on each other. When we said that Albania was one of the countries of our thru-hike in Europe, we were regularly recommended to “pay attention.” It was often people from other Balkan countries who gave us this advice. From our reading of travel stories, we had the impression that many travelers had a big crush on Albania.

Here in words and pictures, is what we will remember from our 370-mile trek in Albania. 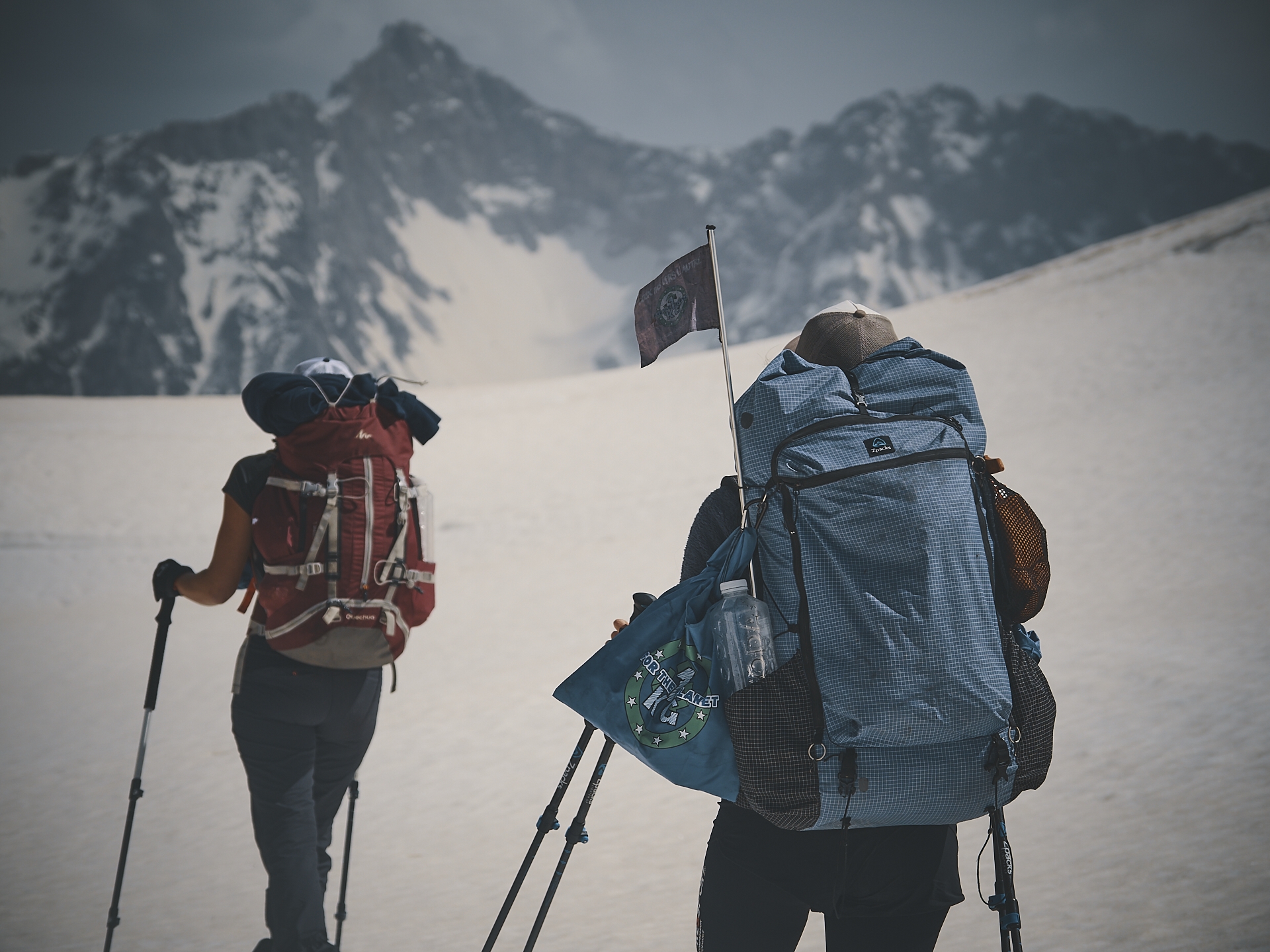 We arrived in Albania by the Accursed Mountains, which form the border with Montenegro. At the end of April, there was still a lot of snow, crampons and rope needed to cross the frontier pass between Prokletije National Park in Montenegro and Valbona Valley on the Albanian side. After having crossed the Dinaric Alps, what a pleasure to find mountains more “alpine,” which meant younger, jagged peaks.

Further on our itinerary, a complete change of scenery was waiting for us. Lake Komani first, which we decided to cross by ferry boat, was a wonderful surprise. From the boat, we discovered small villages on the mountainside, only connected to the rest of the world by trails and boat stops.

Farther south, the lake Uzle was an unforgettable few days. We camped on this small peninsula, alone in the world. In spite of  capricious weather, the surroundings of the lake were delightful and we had nice encounters with the locals during our two days there.

After crossing Kosovo and North Macedonia, we are back in Albania, this time to the south! The southern mountainous region is quite different from the north. Nothing very alpine here but some sublime places like Guri I Kamjes and the surroundings of Mont Valamara.

Next was the east side of the Zagoria Valley. At the end of June, the brooms are in bloom and the whole valley is yellow. At that time was also monstrous heat, so much so that we were both sick. We kept our heads covered, drinking water all day, but we wound up with heat stroke on a day when not a breath of wind came to refresh us. Fever, vomiting, and shivering, it took us three days to recover. From that day until the end of August, we could not walk in the afternoon except at high altitude.

After a jump in the nice town of Gjirokaster, we continued our course southwest. The Osum Canyon was a wonderful discovery and the perfect place for a long break in the middle of the day. There we also met Herta, Ked, Klement, and Eri; finally the opportunity to talk with locals a little more in depth, in English.

Siri i Kalter is one of the most touristy places in Albania. Does it ring a bell? Maybe you know it as “The Blue Eye.” It’s a source of water that springs from the ground amidst lush vegetation. The water is an incredibly blue. The other incredible thing there: the coaches of tourists can access to the shores of the source and somehow it kind of ruins the experience.

From there, we headed straight for the sea! We carefully avoided Saranda which seems to be a big seaside resort. From our maps and thanks to the satellite views, we spotted a small beach far from the parasols and bars. After a swim and a dreamy night, we make a stopover in Ksamil, a small, unfussy resort and the last “city” before Greece.

We thought to cross the border through small mountain paths, a bit like what we usually do. It’s not entirely legal but entering Greece meant entering the Schengen area and we thought that once there, we would not fear much anymore. It wasn’t so simple. Two days in a row, we were caught by the police who refused to let us out of Albania without our passports being scanned. As much to say that in these small villages, they were not equipped for that. We finally had to make a long detour to get to the official border crossing in the middle of cars and trucks. This misadventure was an opportunity to see once again the exceptional hospitality of Albanians since after our second failure, the mayor of a village invited us for dinner and a homestay, after his neighbor had offered us one kilo of his honey.

If the hospitality of the Albanians and the nature present everywhere have seduced us, the waste that is found in abundance almost everywhere has depressed us once more. Here again, we felt helpless, even idiotic with our 1KG FOR THE PLANET bags. We collect garbage on the way but when we arrive in front of a trash to throw them and note that they are never emptied, not closed, so the waste is spread everywhere, we are tempted to give up!

Albania will remain one of the most beautiful surprises of our crossing of Europe and we already dream to return there!